Progressive Jackpot slots are not just limited to land based casinos alone. More than a hundred varieties of slots games are available at online casinos which offer casino players some of the largest jackpots in the world. Of course, the more Progressive Jackpots online there are, the more winners there’s going to be over time. When a lucky player wins a notable jackpot, the gambling world goes crazy, asking the same question – Who won it? Where do they come from? Which online casino were they playing at? What will they do now? It's excitement and curiosity all rolled into one. But it’s also time for that very jackpot to start over and create another overnight millionaire as it’s a cycle that goes on and on.

There have been many real winners over time, and more online casino players are becoming aware of the real winners due to the advancement of social media and other online resourcesyou can read gambling news on. When you can see real people win really real jackpots, it makes online all the more trustworthy, interesting and exciting. If it happened to them, then it could happen to you, right? 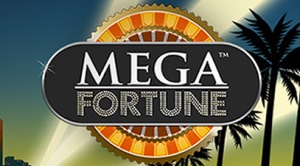 Mega Fortune Jackpot by NetEnt has already made a second millionaire already in 2015 (at time of writing) which was won by a lucky player from Stockholm, whilst he was playing mobile casino at Leo Vegas.

This casino player took the chance and won €5.6 million on his iPad (so therefore playing Mega Fortune Touch) which makes it the biggest ever mobile jackpot win! More and more people are playing mobile casinos, making it extremely accessible to play anywhere you want to play €5.6 million is an absolutely huge amount to win in any one go – it beat the National lottery hands down (and really – it’s way more fun to play online progressive slots than the lottery) so we do not blame the lucky individual to remain anonymous. It’s a life chaging situation that could leave you vulnerable so we salute him (what we do know is the player is a male from Stockholm who took home the Swedish equivalent of 53.6 Million in SEK) and say good luck, take care and congratulations, may it bring you happiness and some great adventures along the way.

As an example to show you how popular these casino games are and which lucky players have won them in the past, we’ve put together a list of Mega Fortune winners since Mega Fortune was released back in 2009. It would be impossible to mention about all the other lucky jackpot winners over time for all the other great progressive slots out there such as Mega Moolah, Hall of Gods, Beach Life Slot and the rest, but it’s a good start as Mega Fortune is probably the most popular progressive jackpot slot online at the moment.

A Timeline of Mega Fortune Jackpot Winners from Day 1