Netent's branded video slot which is based on the Univeral film of the same name, It's your job to help find The Invisible Man and get rewarded in gold coins for your efforts!

The Invisible Man is an older fable based on a scientist who randomly discovered, with the aid of some scientific potions and experiments, how to become Invisible. The Slots theme is basedwas actually a horror film back in 1933 which Universal hold the rights to until this day. Roll on nearly a century and Netent have collaborated with Universal to bring you: The Invisible Man Slot!

How to Play The Invisible Man Slot 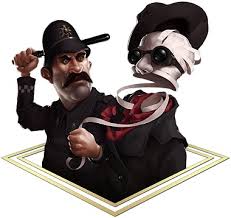 The Invisible Man slot is designed with a sepia feel to it and is quite dark and thrilling from the moment you load the game. If you’re not familiar of the fable, when unfortunately all good things do come to an end, and in the Scientists case it does: The more invisible he becomes the more violent and accident prone he is. You'll get acquainted with Dr. Jack Griffin (The Invisible Man) the chief detective Dudley Digges, Griffin’s fiancée Flora Cranley, Griffin’s employer Dr. Cranley and the two innkeepers Mr. and Mrs. Hall.

NetEnt have created all the graphics themselves and have not used any original graphics from the original film. With that said, they’ve done a really great and modern job. Aesthetically the slot looks amazing.

The Invisible Man is a 5 reel and 20 pay line slot which pays both ways. This means that's there double the chance of winning something. To get started, choose your own coin values and levels, which range between .01 and .50 credits and from 1-10 bet levels separately. Even though the lines do pay both ways, the minimum bet is still capped at a lower .20 credits.

This Invisible Man Slot has 2 main bonus features which are the Police Spins and the Griffins Rage Bonus Game. During the Griffins Rage Bonus Game, the aim is to search three specific locations in order to find the Invisible Man. During the Police Spins round, you'll notice that the police will be able to gain ground in locating the Invisible Man. This is where it gets really fun. You can receive 3 bonus spins and 4 burning wilds at random during this feature round. Naturally you’ll receive prizes and multipliers in the bonus round should you find the Invisible man when you choose the right location.

Lastly, a Burning Wild are normal wilds that appear during the police spins bonus feature to trigger some extra wins and prizes. 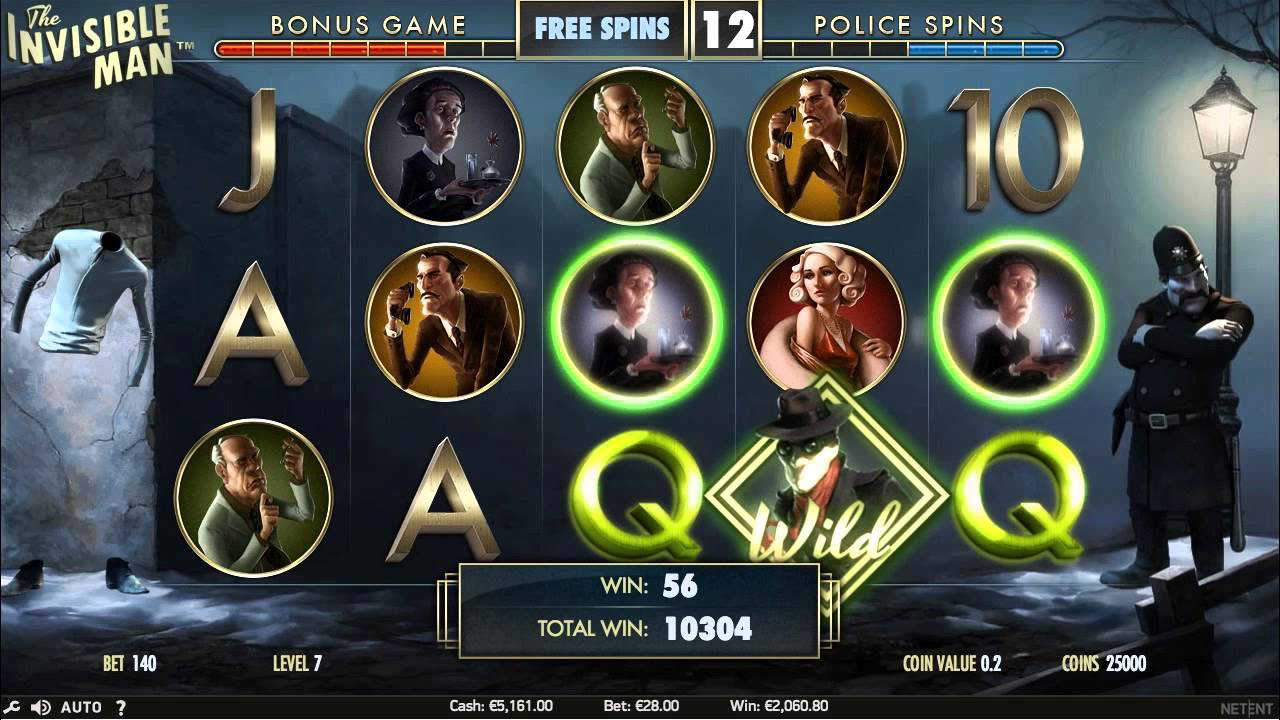 The great news is that The Invisible Man has made it to the prestigious Netent Touch series as well! This is a good call by Netent, we think as its a really entertaining slot.

All in all a very genius and fun slot if you don’t mind a darker feel when playing an online slot. There’s lot of features which make things exciting that almost take you back to 1933 on the hunt for Dr Griffin. NetEnt have done a great job and this slot will add some suspense and drama to your casino play aside from more uplifting and colourful slots. Recommended to play for all types of online casino fans.