Poltava Flames of War locks you in the heart of an epic battle. A war that involves Sweden and Russia. Not exactly the most ‘common theme’ in the world of war-focused slot machines, but certainly a fun game!

How to Play Poltava Flames of War Slot

Poltava Flames of War is a video slot machine from Swedish company Elk Studios. There are 5 reels and 40 paylines for you to enjoy. The house edge is 3.6%. It is a medium to high volatility slot machine. The minimum bet is 20p per spin. The maximum bet is £100 per spin.

One thing we really love about the games that Elk Studios produces is the exquisite nature of their designs. They do not have a massive budget at their disposal, but they always seem to have some intricate graphics on their machines which look stunning. We are going to be honest here, we genuinely thought that the game, with its detailed graphics, would not shrink down well to a mobile slot. We were wrong. However, more on that soon.

Right now, all you really need to know is that this game is one of the better looking ones out there. The overall theming seems to be good too.

The slot machine is going to be simple to understand for everybody. No matter who you are or how new you are to the world of slots, you will have an idea about what is going on. However, it still has a degree of thrill which will keep even the most experienced slot machine players hooked. 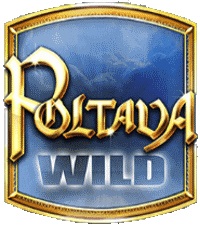 Poltava Wild Symbols: As with all slots, the feature that will crop up the most is the Wild Symbol. As with other slot machines this symbol, which takes the form of the Poltava slot machine logo, acts as a replacement for the other symbols in the game. This means that if you get one, your chances of winning will be greatly increased. The only symbol that it does not act as a replacement for is the Lion.

Poltava Slot Free Spins Mode: The Lion is what triggers your free spins mode. You will need to get three of them on the screen at once. This will give you 3 free spins. This may not seem like a lot, but whenever a lion symbol pops up during this mode, and it will appear quite frequently, it will remain as a sticky and give you another spin. It is worth noting at this point that this symbol is going to be wild. So, now you have 2 wilds on the reels!

Marching Reels Feature: Marching Reels is the final feature. It is a bit tough to explain in text, so it is probably best that you see it in action. The Army will march around the screen as a stacked symbol which will greatly increase your chances of winning here as the same symbol will take up multiple places on the reels. 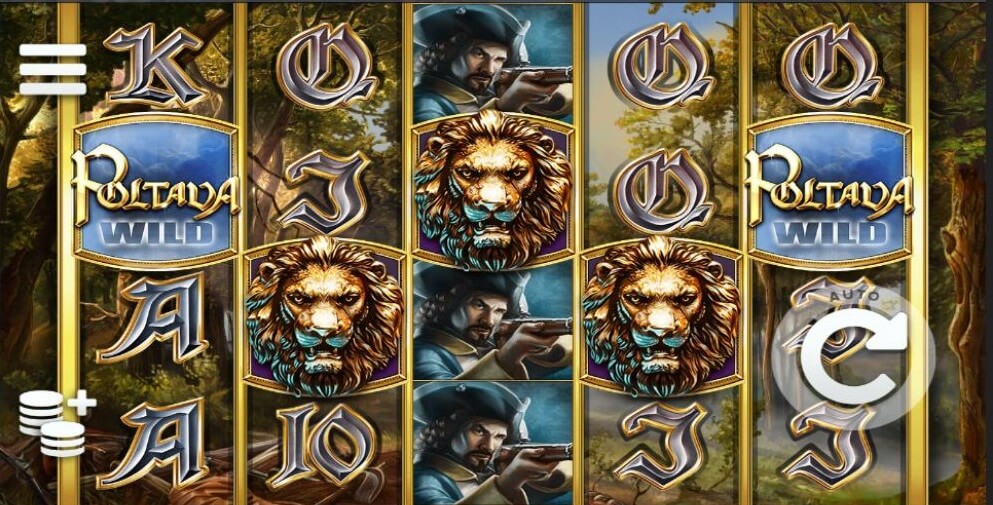 As we mentioned before, despite the game having some rather intricate graphics, it does work very well on the smaller screens. Sure, you lose a bit of the detail in the images, but they are still going to be distinguishable from one another.

This is the hallmark of a good game. We have played far too many slots which look abysmal on the smaller screen, so we are proud of Elk Studios here for doing something that even the bigger companies struggle to accomplish. In fact, many of the larger companies suck so much at it, they are going towards simplistic graphics. Not good!

Summary – What Do We Think?

The Poltava slot machine, for us, was a very fun slot machine to play. We are experienced players, and we can guarantee that. We have seen a lot of terrible machines. However, we also gave this game to a few newer players to sample, and they loved it just as much. For us, this game is going to come highly rated. We are sure you will enjoy it!

If you want to play the Poltava slot machine, then you will need to find a website which offers Elk Studios slots.

We know that they can be tough to find, so you will be able to find a list of some of the best uk casino sites below. Have fun! When you are done, look up Swedish history too (which this game is based upon), it is far more thrilling than you may think.

Where To Play Poltava Flames of War Slot