Jimi Hendrix was a hugely successful musician, singer and songwriter in the late 70’s, until his untimely death at the early age of 27. Jimi Hendrix still is considered to be one of the best guitarists to have ever lived, and now Netent have released a new online slot machine in memoriam to this legendary rock star.

How to Play The Jimi Hendrix™ Online Slot Machine 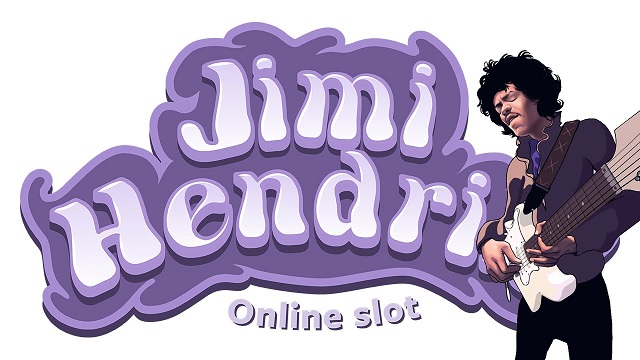 At first glance, we’re not going to beat around the bush; the Jimi Hendrix slot seemed a bit simple. It's designed with a cartoony, yet very retro design; perhaps a bit psychedelic but then again you have to remember Jimi Hendrix did hail from a time where this 70’s look was very common. As soon as you get started playing however, the design starts to make sense and it all comes together. Trust us on that.

The Jimi Hendrix Slot is designed with a total of 5 reels, 3 rows and 20 pay lines. There’s many in game features which we’ll help explain below. On the reels you’ll find icons including hearts, 70’s flower for a cool flower power feel, as well as music records and also an eye (we're still working that one out). What’s more, is there are flower power flower chains appearing when you’re playing, which dance all around the reels to really give it that retro vibe!

In the back drop, the slot is decorated with psychedelic swirls as well. The sound track is perfect, especially for Jimi Hendrix fans, so expect to hear his hits such as Crosstown Traffic, Little Wing and Purple Haze being available to play.

To get started playing the Jimi Hendrix online slot machine, you’ll need to find a Netent Casino. We’ve recommended the very best Netent slot sites below where you’ll be able to play it. Once you’re all set, make sure you set the slot up so that you’re playing within your preferred betting limits. The minimum bet per spin is £0.02 with the maximum for more high rollers among us being a huge £200 per spin!

Hit 'spin' and revisit those flower power days... as we mentioned earlier, the more you play, the more involved the game gets, and there's definitely more than first meets the eye with this game.

The Jimi Hendrix Slot offers a total of 6 bonus features which can be activated at different intervals. The slot also has some cool graphics popping up with certain features, including the legend playing the guitar with well known guitar riffs.

There are 2 features in the main game which are the re-spins and also wild symbols. But there’s also a main feature which is quite lucrative to land too, called the ‘Pick and Click’ feature. This bonus game gives you cash prizes and also 3 different free spins features to choose from.

Netent have done a fantastic job in re-creating that 70’s vibe with the Jimi Hendrix slot. It's retro and it offers something different for online slot players, yet at the same time too, there's lots of extra in game features which are fun and also help you win big.

The Jimi Hendrix slot is considered to be a mid variance slot, so should suit all types of slots player. What’s more is we think that you needn’t be a Jimi Hendrix fan to enjoy this slot, but of course, if you are, then you’re going to love it! All in all, the Jimi Hendrix slot is iconic and definitely worth a try. You can play at one of our recommended Netent Casino’s below, all of which offer the best casino bonuses for the UK, best free spins bonuses and all round casino entertainment.